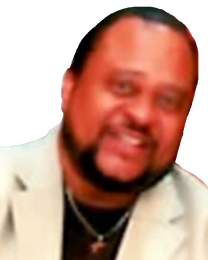 Dexter was educated in the public schools of Hillsborough County, Tampa, FL, and graduated from Jefferson High School, class of 1974. He worked at Jim Walters Computer Services, a division of Walter Industries, and St. Joseph Hospital. He also worked as a disc jockey in the Tampa Bay area for many years. He acquired his known name, “D.J. Disco Dexx” for his passionate love of music while spinning the vinyl sounds of music in many clubs and sometimes working alongside WTMP’S the late disc jockey, Jerry Walker. DJ Disco Dexx brought the disco and soulful sounds to many Tampa Bay area night clubs such as, the original Fox Hole, in the 70’s, 80’s as well as into the 90’s before passing his skills on to his stepson, DJ Shizm of 95.7, who credits him as his mentor.

Family and friends are asked to meet at New Mt. Zion Missionary Baptist Church of Tampa on Saturday morning for the service at 10:45 a.m. MASKS ARE RECOMMENDED.